As you may know, the industrial Raspberry PLC OS is Raspbian which is based on Linux and, like all the other distributions, takes profit from Linux security advantages and the open-source PLC Raspberry Pi.

Linux is one of the most secure Operating Systems nowadays and even more for Raspberry Pi automation. The main reason for this is, as it is open source, numerous corporations, independent developers and users are always focused on ensuring and improving the built-in security of the OS. The updater included in every Linux distribution provides constant security updates for its software applications and the OS itself. Thanks to this, most of the vulnerabilities are erased and patched more quickly compared to the other OS.

The key point you should consider are as follows:

Are the security methods that transmit data?

Why is Linux more secure for a programmable logic controller? 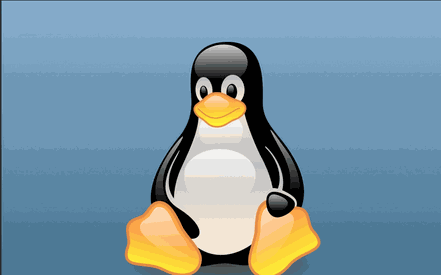 The main communication method to access the Raspberry Pi based PLC is through SSH. Secure Shell Protocol is a cryptographic network protocol that allows the operations with network services securely, independently of the network security level. This method provides a secure channel over an insecure network by using a client-server architecture.

SSH uses an encryption method called public-key cryptography to authenticate the remote computer and allow it to authenticate the user if required. Although there are several SSH configuration methods, the most common one is to use automatically generated public-private key pairs to encrypt the network connection and use password authentication to log on. It is also possible to generate the key pair manually, allowing the users or programs to log in without specifying a password. In this case, anyone can produce a matching pair of different keys. The public key is located in all the devices that must allow access to the owner of the matching private key.

Authentication is based on the private key, but this one is never sent through the network in the authentication period. SSH verifies that the same user, who offers the public key, also owns the matching private key. In Secure Shell, it is always important to verify unknown public keys before accepting them as valid, as accepting a non-authorized key will authorize a possible attacker as a valid user.

Depending on the communication method of the industrial Raspberry Pi PLC, it can be used with multiple numbers of protocols. In most cases, each protocol has its own security method. For example, TCP/IP protocol can apply AES (Advanced Encryption Standard), TLS (Transport Layer Security) or SSL (Secure Socket Layer).

Although Linux cannot sound as popular as Windows or Mac operating systems, it is one of the most used. It is around us in our everyday life, so most of the servers have Linux, a lot of international companies like Redhat, Samsung, IBM and Google, use it. Even so, Mac OS is based on Linux, as well as Android, the most popular cell phone OS. These corporations, as well as the individual users and developers, provide security fixes because they provide improvements in Linux itself. This is a retroactive relationship that benefits the users and the OS together.