In compliance with high industry standards

Raspberry Pi commands allow us to work on a wide range of applications. From building a prototype to developing an existing software, Raspberry Pi can provide the support.

In this blog, you will learn 5 really useful commandline tools to use your Raspberry Pi or Raspberry PLC in a safe environment. 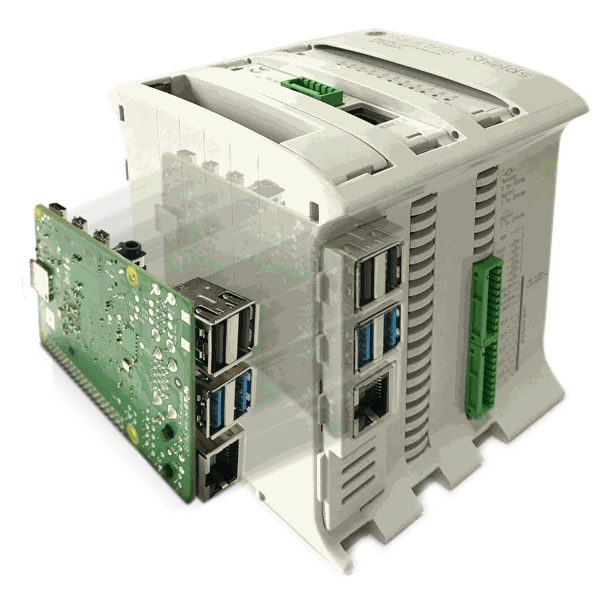 How to connect Raspberry PLC to Wifi

How to program Raspberry PLC interrupt inputs with Python

Vcgencmd is a command line utility that can get various pieces of information from the VideoCore GPU on the Raspberry Pi.

It is important to know the raspberry temperature, because excessive heat can lead you to unwanted situations. In fact, those who overclocked the processor of the Raspberry, must check the temperature frequently, because all the Raspberry pi models perform a degree of thermal management to avoid overheating under heavy load. The SoCs have an internal temperature sensor, which software on the GPU polls to ensure that temperatures do not exceed a predefined limit.

When the core temperature is between 80ºC and 85ºC, a warning icon showing a red half-filled thermometer will be displayed, and the ARM cores will be progressively throttled back.

Check out the next URL to know more about vcgencmd:

Htop is a really powerful command line utility that allows you to interactively monitor your system's vital resources or server processes in real-time.

It is quite similar to the top command. However, since htop is a newer program compared to top, it offers many improvements.

You can install it by doing:

So, if you run htop in the command line, you will get something like this: 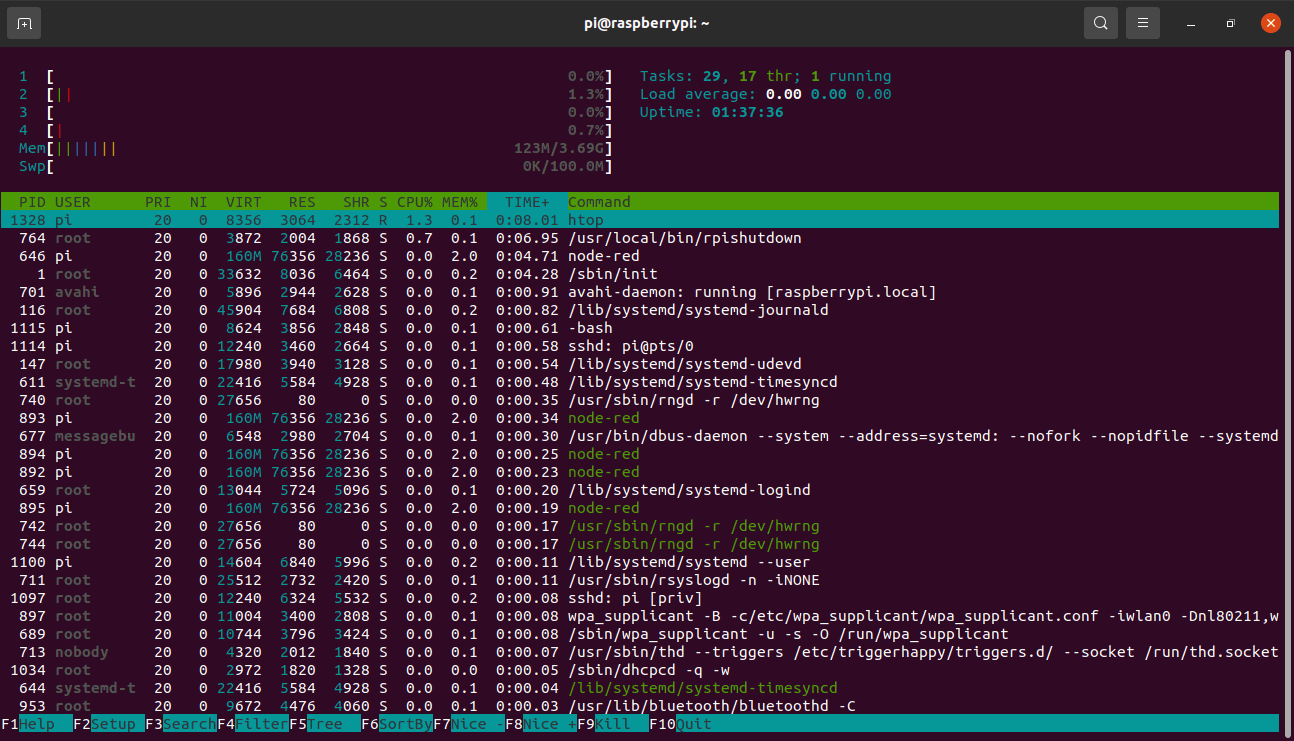 Finally, if you click on F1, you will get some help about the possibilities and you will see how it works. 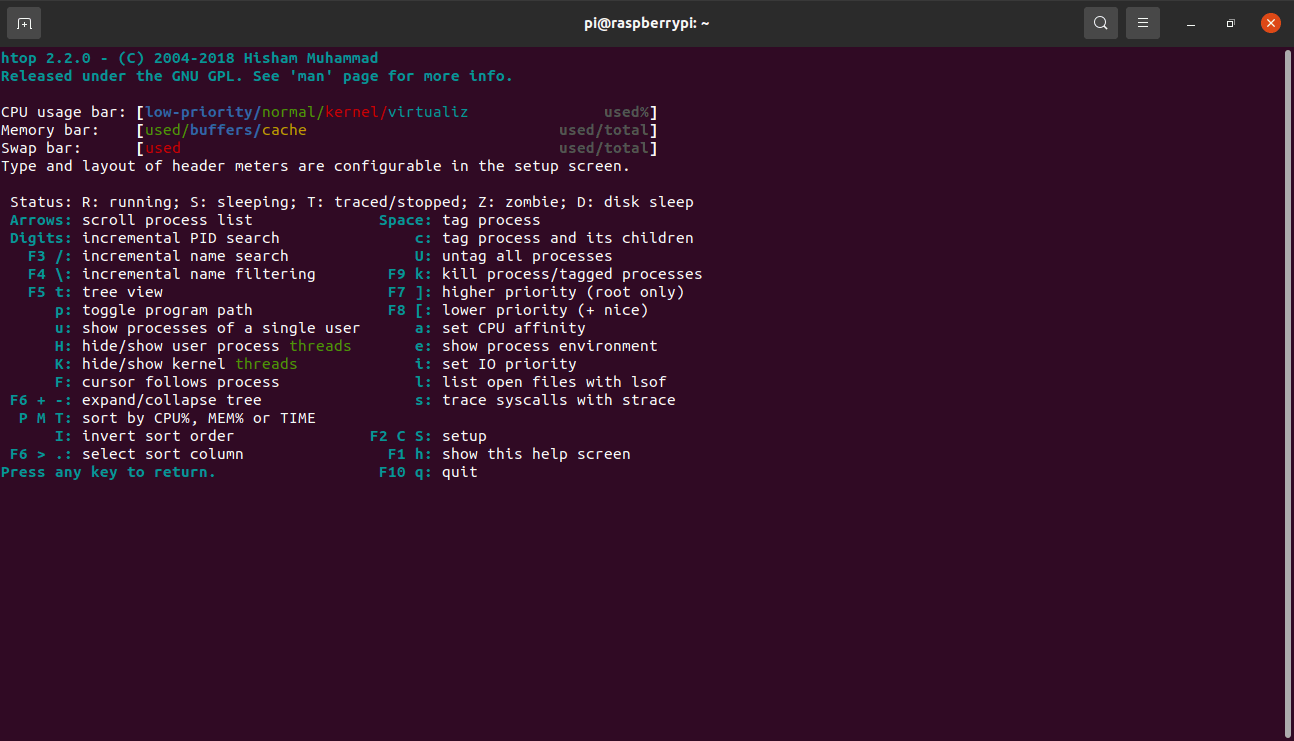 The linux kernel is the core of the operating system that controls access to the system resources, such as CPU, I/O devices, physical memory, and file systems. The kernel writes several messages to the kernel ring buffer during the boot process and when the system is running.

The kernel ring buffer is a portion of the physical memory that holds the kernel's log messages. It has a fixed size, which means that once the buffer is full, the older logs records are overwritten.

If you see that the dmesg command shows too many messages that you are not able to read, then find the words you really want to find using | grep:

To know more about this command and its options, just type:

We can do lot with comma and braces operations, to make out life easier, let's see few usages:

1.- To backup hello.txt to hello.txt.bak:

2.- To revert the file from hello.txt.bak to hello.txt:

4.- To copy files from a parent directory without typing two times the long path

Can you image that you could autocomplete your commands with the ones that you typed before? Something like Google Autocomplete. Would be really useful, right? That is possible opening up a terminal windows and just trying the following:

2. Start typing your command and some suggestion will appear:

1. Type "rev" to reverse the message to type:

3. Finally, just type the following, and see what happens:

Looking for your ideal PLC?

Take a look at this product comparison with other industrial controllers Arduino.

Node-RED & Raspberry tutorial: How to capture data from sensor