In the industrial sector, large amounts of data are usually produced by devices or machines.

These are usually collected by the PLC, which will carry out one application or another, depending on the value of the data obtained.

In this blog post, we will see which are the best databases to store these values.

The Industrial Internet of things (IIoT) describes physical objects that are embedded with sensors, processing ability, software, and other technologies, and that connect and exchange data with other devices and systems over the Internet or other communications networks.

The devices acquire and analyze data from connected equipment, locations, and people. Combined with operational technology monitoring devices, IIoT helps regulate and monitor industrial systems. Also, the same implementation can be carried out for automated record updates of asset placement in industrial storage units. And there is where we come into play!

Let's see the best databases suited for the Industrial Internet of Things:

InfluxDB is an open-source time-series database (TSDB), written in Go and optimized for fast, high-availability storage and retrieval of time series data in fields such as operations monitoring, application metrics, Internet of Things sensor data, and real-time analytics.

It is a time series platform that empowers developers to build Industrial Internet of Things, analytics and monitoring software.

It is purpose-built to handle the massive volumes and countless sources of time-stamped data produced by sensors, applications and infrastructure.

InfluxDB stores data in shard groups. Shard groups are organized by retention policy (RP) and store data with timestamps that fall within a specific time interval called the shard duration.

Some of the main features are the following:

Google's Firebase is a cloud platform for application development. It is available for different platforms (iOS, Android and web), which is faster to work in development. Its essential function is to simplify the creation of both web and mobile applications and their development, ensuring that the work is faster, but without sacrificing the required quality.

One of the most prominent and essential tools in Firebase is real-time databases. These are hosted in the cloud, are No-SQL, and store the data as JSON. They allow to host and have the data and information of the application in real time, keeping them updated even if the user does not take any action. For this reason, it is a very useful application in Industrial Internet of Things.

Some of the main features are:

Instead of saving the data in tables, as it is done in relational databases, MongoDB saves BSON data structures (a specification similar to JSON) with a dynamic schema, making the integration of the data in certain applications easier and faster.

MongoDB is a database suitable for use in production and with multiple functionalities.

This database is widely used in industry, for several reasons:

CrateDB is a distributed SQL database management system that integrates a fully searchable document-oriented data store. It is open-source, written in Java, based on a shared-nothing architecture, and designed for high scalability.

It makes it simple to ingest and analyze massive amounts of data. Companies can extract the full value of the data – whether for new innovative digital solutions or operational improvements across the business functions.

SQLite is a C-language library that implements a small, fast, self-contained, high-reliability, full-featured, SQL database engine. SQLite is the most used database engine in the world. SQLite is built into all mobile phones and most computers and comes bundled inside countless other applications that people use every day.

SQLite database files are commonly used as containers to transfer rich content between systems and as a long-term archival format for data.

SQLite source code is in the public-domain and is free to everyone to use for any purpose. 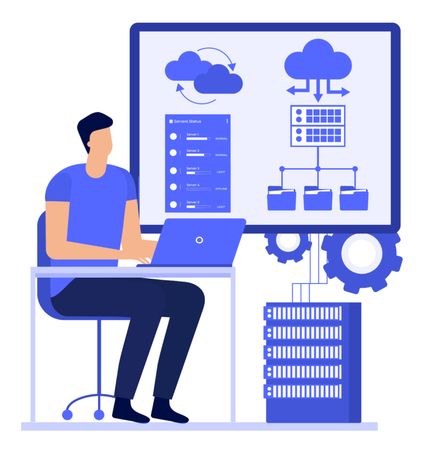 Now, it is your time! Test them all and explore the possibilities of each of them, by storing data into your Raspberry PLC. And choose the one that fits you well for creating an application with IIoT!