In this post, you will find general information about the UPS Shield and the configuration that has to be done to the Raspberry Pi.

The board contains a PCF8563 integrated circuit communicating via I2C-bus with the RaspberryPi. A Lithium Coin Battery supplies the RTC chip when the Raspberry Pi is not powered on. We recommend using the CR2032 battery.

In the file /boot/config.txt uncomment the line

and at the end add the line

The UPS Shield module contains a 2-wire RS-485 (or RS-422) transceiver. The transceiver is driven by the Raspberry Pi UART interface on the GPIO14 and GPIO15 pins. We send and receive data by /dev/ttyS0.

In the file /boot/config.txt add the line

The on-board discharge load should be used before unplugging the module from the carrier PCB. It helps to avoid sparking and excessive current flow when discharging the super-capacitors. 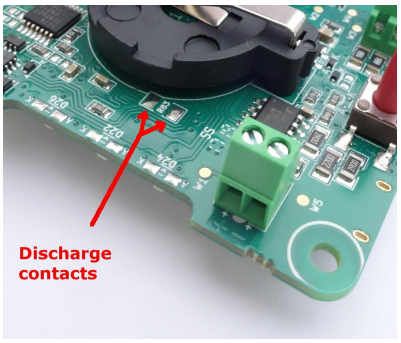