The most used communications in each Industry sector
10 July, 2020 by

In this blog post, you are going to learn where in the industry sector the different communication protocols of Industrial Shields PLC controllers are used. 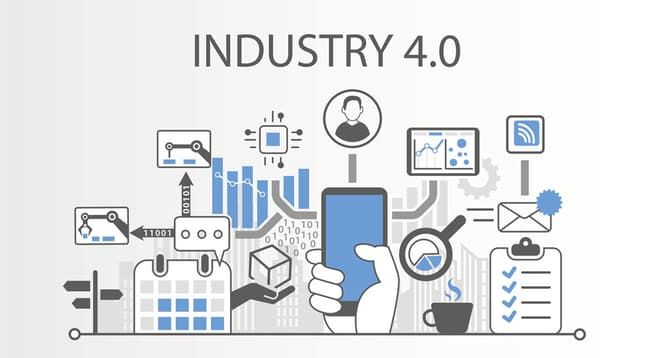 Communication protocols of our industrial PLC Arduino families can be classified in many different ways when talking about the industrial environment because this sector covers almost everything. Let us present to you the classification we have made.

Some of the Industrial Shields programmable logic controllers have protocols such as Ethernet, RS-485 and Modbus TCP/IP. These protocols are usually used to run the industry, giving the master computers access to the Internet interface (Ethernet and Modbus TCP/IP) and to command all the necessary computer slaves in industry; to command other slave devices, RS-485 is used.

Ethernet is the most common way to connect industrial controllers to the Internet interface, and it is done by cable. Modbus TCP/IP is a very common protocol that runs on Ethernet and it can send data through a large number of layers.

RS-485 is a serial synchronous communication that can work with two wires (half-duplex) or four wires (full-duplex), plus the ground one (GND).

Old, but not least:

In this classification, there are RS-232 and the Modbus RTU. This categorization is due to the fact that RS-232 is the old version of RS-485, which is faster, can reach longer distances and can have up to 32 slaves. In contrast, RS-232 can only have one slave at a time.

RS-232 defines itself as the method of data transmission and the hardware that it wants to use to do so.

Modbus RTU is in this section because it is also the parent and predecessor of Modbus TCP/IP. Modbus RTU has also master-slave architecture and has been very reliable throughout its life. Its data is transmitted in messages with a 16-bit structure and it uses the RS-232 and RS-485 serial interfaces for communications.

Communication Protocols in the lower range:

In this section, you will find the I2C and SPI brothers. They are similar because both are serial communication protocols with a clock signal (CLK), which means that the master (data sender) and slaves (data receivers) are coordinated and they both can have multiple slaves for one or several masters.

The differences are basically in the connections or data cables.

In the case of I2C, it only needs two cables to transmit data: the serial data cable (SDA) and the serial clock signal cable (SCL). I2C needs the slave address, so data can be correctly received by the chosen slave.

SPI serial communication has a higher data transmission speed than I2C and it can be both half and full duplex. It has a wire for each clock and data line, together with a select line for each slave, because it does not communicate the slaves with the address. The master(s) send(s) data to the slaves with a chip selection of the wished data line and the master(s) can also receive data from the different slaves with another wired line.

Do you want to know more about our open source based equipment?

Check our case studies or contact with us to know more.

Read Next
How to use communication protocols in industrial automation