How to use communication protocols in industrial automation
3 July, 2020 by

In this post, you are going to learn the relationship and the operation, from different diagrams, of the different communication protocols of Arduino Industrial Shields' PLC controllers. 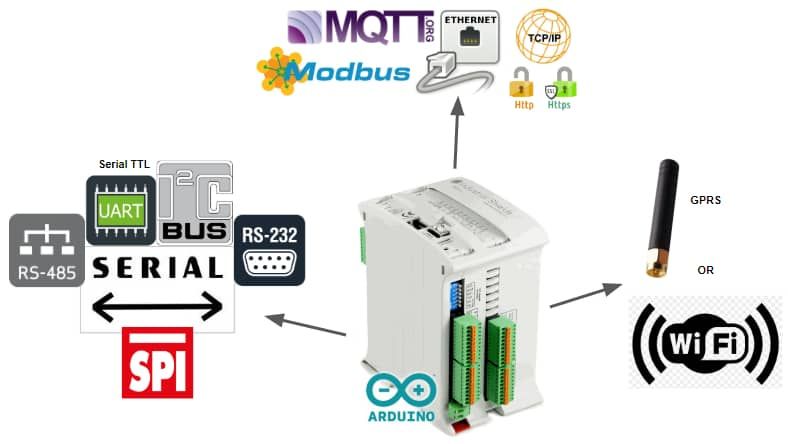 The Internet protocol suite is the conceptual model and set of communications protocols used on the Internet and similar computer networks. It is commonly known as TCP/IP because the foundational protocols in it are the Transmission Control Protocol (TCP) and the Internet Protocol (IP). 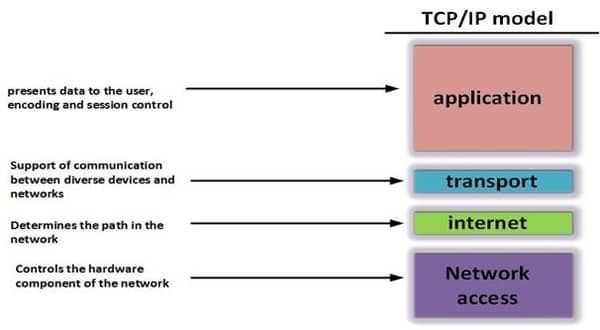 HTTP (Hypertext Transfer Protocol) basically allows communication to happen between different systems. It is most commonly used to transfer data from a web server to a browser in order to allow users to view web pages. It is the protocol that was used for basically all early websites. The problem with the regular HTTP protocol is that the information flowing from a server to a browser is not encrypted, which means it can be easily stolen. HTTPS (Hypertext Transfer Protocol Secure) protocols remedy this by using an SSL (secure sockets layer) certificate, which helps to create a secure encrypted connection between the server and the browser. 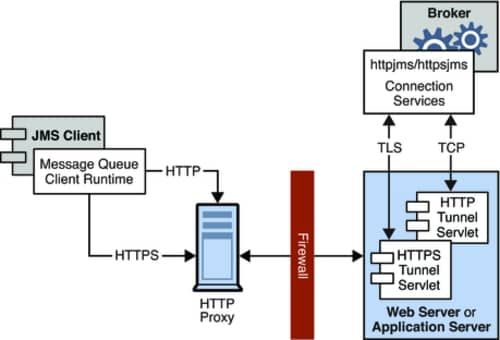 MQTT (Message Queuing Telemetry Transport) is a lightweight publishing and subscritione system where you can publish and receive messages as a client. It allows you to send commands to control outputs, read and publish data from sensor nodes and it is designed for constrained devices with low-bandwidth. MQTT makes it really easy to establish a communication between multiple devices.

Modbus TCP/IP is a simple MODBUS protocol running on Ethernet over a Transmission Control Protocol (TCP) and an Internet Protocol (IP) interface. Modbus is an application protocol that assigns the ways of managing and passing data between various layers without being affected by the protocol used by the immediate next layer.

Serial communications are a way of transmitting serial data in one way or another. 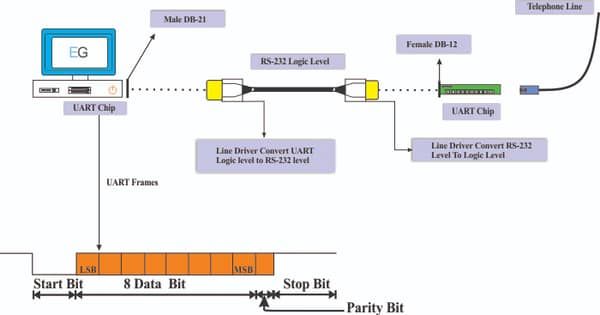 Synchronous Communication requires the sender and receiver to share the same clock. The sender provides a timing signal to the receiver so that the receiver knows when to read the data. It usually has higher data rates and greater error-checking capability.

Wi-Fi is simply a trademarked phrase meaning IEEE 802.11x. WiFi works off of the same principle as other wireless devices. It uses radio frequencies to send signals between devices. To receive the information found in these waves, your radio receiver needs to be set to receive waves of a certain frequency. In the case of WiFi, this frequency happens to be 2.4Ghz and 5Ghz. 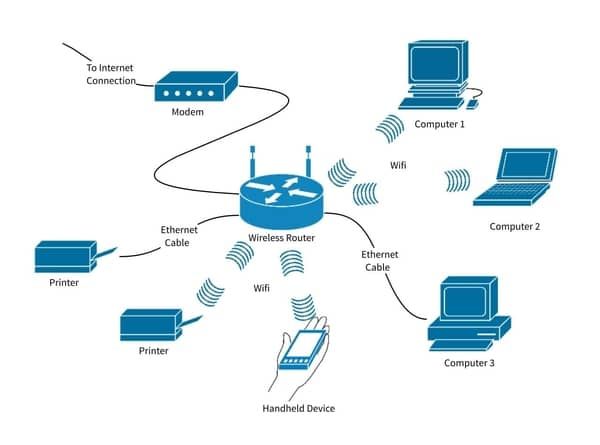 GPRS (General Packet Radio Services) is a packet-based wireless communication service that promises data rates from 56 up to 114Kbps and a continuous Internet connection for mobile phone and computer users. It works on the mobile network with the help of IP (Internet Protocol) transmissions. GPRS is the mobile data system behind 2G and some 3G.

If you want to know more about industrial automation contact us.